Nine local startup companies participated and presented their work. The coveted price was free lab space for a year at BioLabs. Upon checking in, the attendees were given “cash” to invest in these companies. They were then encouraged to review the posters, talk with the presenters, and invest their millions while networking and snacking on delicious food and wine.

The nine competing companies were Epitracker, Biosortia, Invirsa, AITx, Meditope, Spinogenix, Persephone, JAAN, and PercepTx. The three companies that received the most cash from the investors had the opportunity to give a five-minute presentation after which a panel of judges selected the golden ticket winner.

Before the presentations by the competing companies, Imran Nasrullah from the business development unit of BI in Boston kicked off the event by introducing the panel discussion, which was moderated by Martin Heidecker of BI. The panelists were: Court Turner (Accelerator Life Science Partners), Susie Harborth (BioInnovation Fund), Jayson Punwani (Takeda Ventures), and Eric Henrickson (IHSV-Inc). 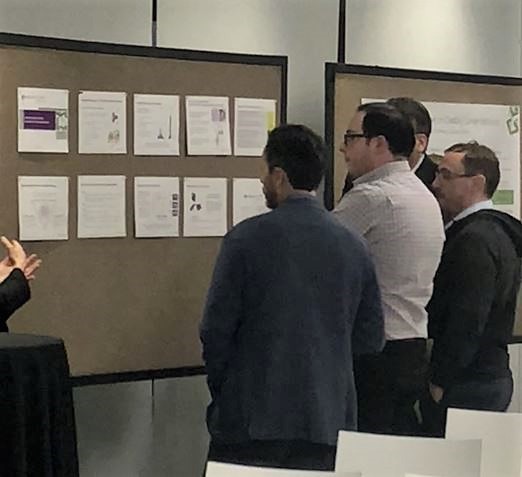 All panelists invest in early stage companies; Marvin asked them to define what early means for them. For Curt and Eric, early could be just an idea – or a crazy idea – coming from academia. Takeda invests in preclinical-stage companies that focus on the therapeutic areas that Takeda itself is working on. Takeda is interested in companies that have demonstrated efficacy in at least one well-validated animal model. Suzie invests in companies that are more advanced and are 2 or 3 years away from testing their lead compound in the clinic. 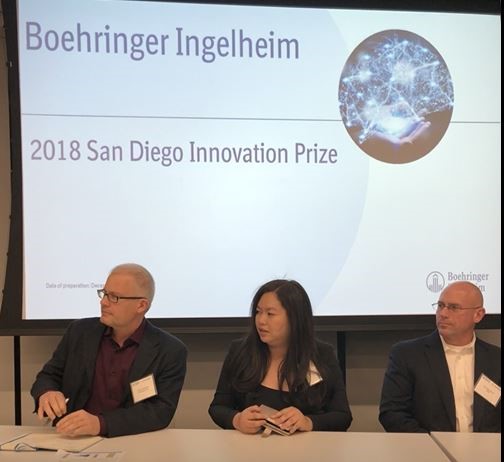 The second question was, how do you make an investment decision? All the panelists agreed that, although there is no secret formula, the entrepreneur worth investing in should have passion, grits, drive, and has to be totally devoted to his or her company. Eric does not like people who are arrogant and do not welcome advice. Although Jayson agreed, he also acknowledged that early-stage CEOs cannot please everybody: initially, they need to listen and take advice, but eventually they need to take the path that they think is best. Curt stressed the importance of focusing on the scientific experiments that make sense from a business perspective. A CEO coming from academia needs to let go of academic curiosity and focus on what a pharma company is going to be interested in. You need to have a good story but also your own data to back it up.

The San Diego life science sector is interesting to investors because of its focus on early stage companies, the collaborative nature of the community, as well as the opportunity to find hidden talent and innovation.

After the panel discussion, Imran Nasrullah announced the top 3 companies, and Epitrack, JAAN, and Persephoen gave their 5-minute pitches to convince the judges that they deserved the prize. Court Turner and Martin Heidecker were joined by the other judges: Paola Casarosa, Global Head of BD&L of Boehringer Ingelheim Pharmaceuticals, Zachary Hornby, COO of Ignyta, Inc., and Miguel de los Rios, CEO of Rift Biotherapeutics. 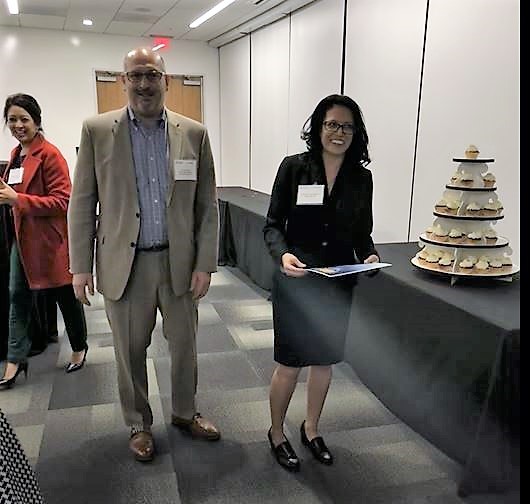 By studying dolphins, Epitracker has discovered molecules for cardiometabolic disease, dementia, senescence, and skin repair. JAAN’s most advanced program, which started at the Salk Institute, targets ischemic heart disease by using a microRNA inhibitor that has been shown to regenerate heart tissue in zebrafish. Finally, Persephone is developing a cocktail of gut bacteria that has the potential to restore the normal gut microbiome and, consequently, increase the responsiveness of patients with cancer to checkpoint inhibitors, such as PD-L1 inhibitors.

And the golden ticket went to Stephanie Venn-Watson of Epitracker!