by Randy Schreckhise and Lynda Groocock

On August 27th, 2020 Dan Bradbury (Executive Chairman, Equillium) and Nancy Hong (Managing Partner, RiverVest) provided an overview of a trip they took with twenty five other biotech executives and venture capitalists up Mt. Kilimanjaro in Tanzania. The event was organized by Seattle-based journalist Luke Timmerman, led by climbing guide Eric Murphy, and raised over $1.6M for The Fred Hutchinson Cancer Research Center. The gift of giving was the first lesson of the trip.

During the zoom call Dan and Nancy described the diversity of the group and physical challenges of climbing ten hours a day above 15,000+ feet. Porters typically used the Swahili phrase “Pole, Pole” which translates to “Slowly, Slowly” to describe the best approach tackling Kilimanjaro. This was an adjustment for most of the type A personality participants. In particular, Dan admitted he doesn’t do anything slowly and offered the second lesson of the trip: Make it work for you. He added this is equally good advice for entrepreneur. 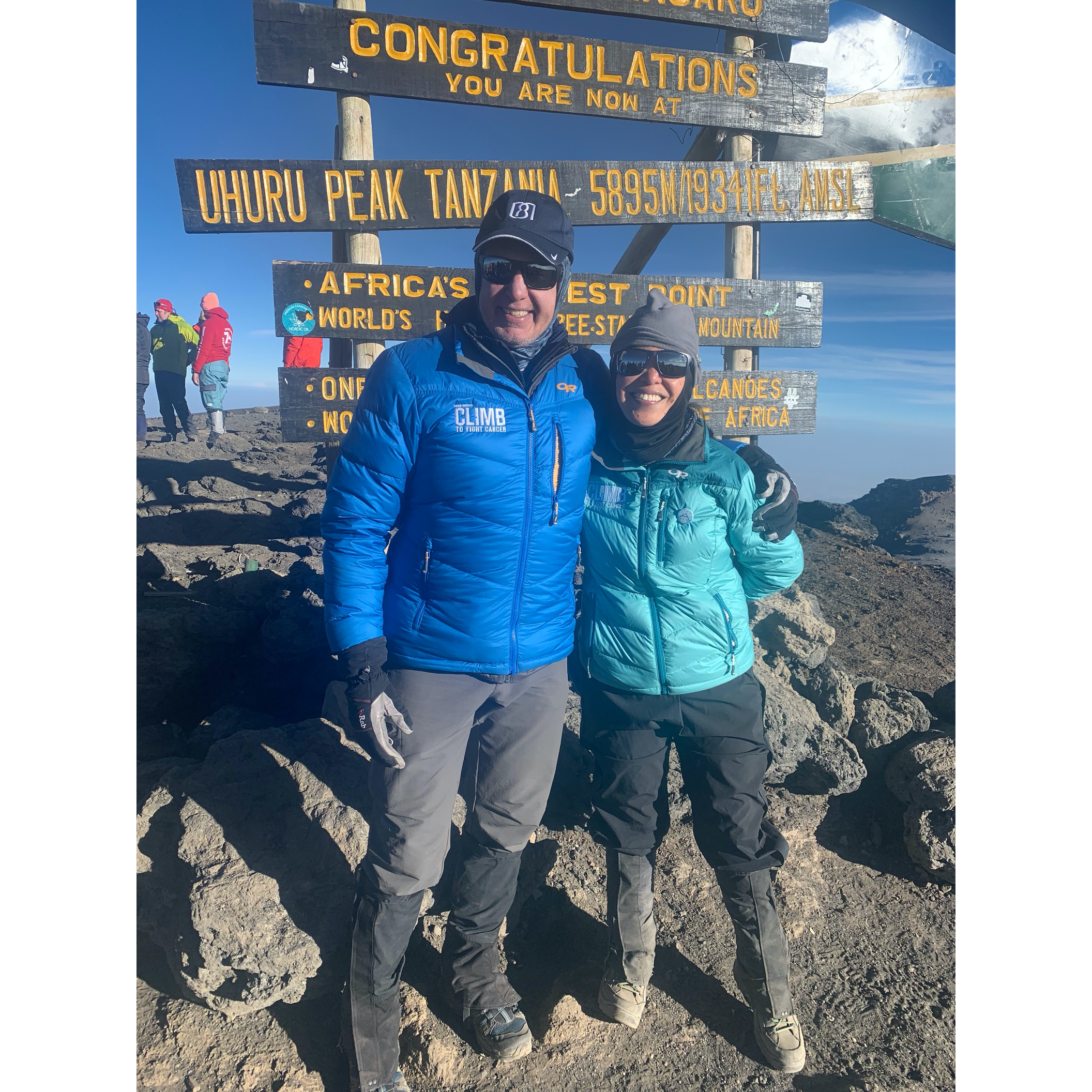 Photo: Nancy and Dan on the Summit of Mt Kilimanjaro

When climbing at altitude, everyone on the trip had a high baseline fitness level, however even an ultramarathoner experienced altitude sickness. Many on the trip required some amount of supplemental oxygen and most took Diamox prophylactically to prevent altitude sickness. Nancy shared that she had an experience with hypoglycemia after snacking on protein bars too much, and not consuming enough sugar to satisfy her glycogen storage needs. This was the third lesson of the trip: Practice self-care (both physical and mental). 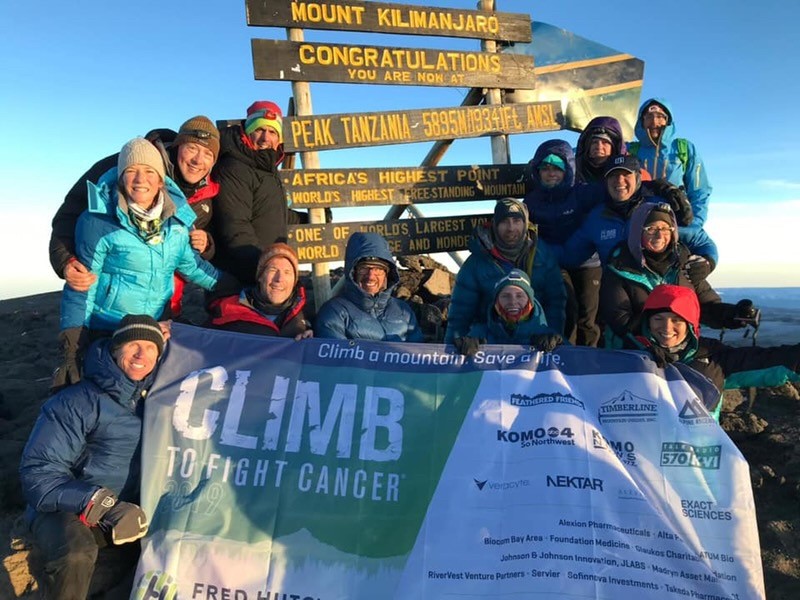 Photo: The Kilimanjaro Climb to Fight Cancer Team at the summit

Although the journey up the mountain took many days, and despite the occurrence of altitude sickness prior to the final summit push, every member of the team made it to the summit, which by all accounts is an unusual occurrence. Dan and Nancy attributed this to the strong support of their guide, porters and teammates, which was the fourth lesion of the trip: Value of teamwork.

While Dan accounted that he knew several members of the team prior to the climb through a long career in biotech, he and Nancy both indicated that had built strong relationships with everyone on the team and continue to stay in touch more than one year later. Dan, who is an active angel investor, also mentioned that he had made several successful seed investments through connections made through the trip, which leads to the fifth and final lesion of the trip: Value of friendship.