Is it the offeror or the recipient that holds the power in a negotiation? Whether you are negotiating a founders’ agreement or an investor term sheet, moving beyond a power struggle to balancing concerns may be more beneficial for both parties. That’s what we learned from David Johnson, JD, JSM, Lecturer at Stanford Law School, who led the workshop “The Art of Effective Negotiation” co-hosted by San Diego Entrepreneurs Exchange (SDEE) and JLABS San Diego on July 12, 2018, for a crowd of nearly 100 people.

Workshops usually involve hands-on activities or role playing, and this one did not disappoint. Our activity was a balanced concerns negotiation where teams of two paired up with one person playing the role of founder and the other playing the role of venture capitalist (VC) to negotiate a term sheet (1). But before we got started on the activity, Professor Johnson prepped us with a few exercises and principles. 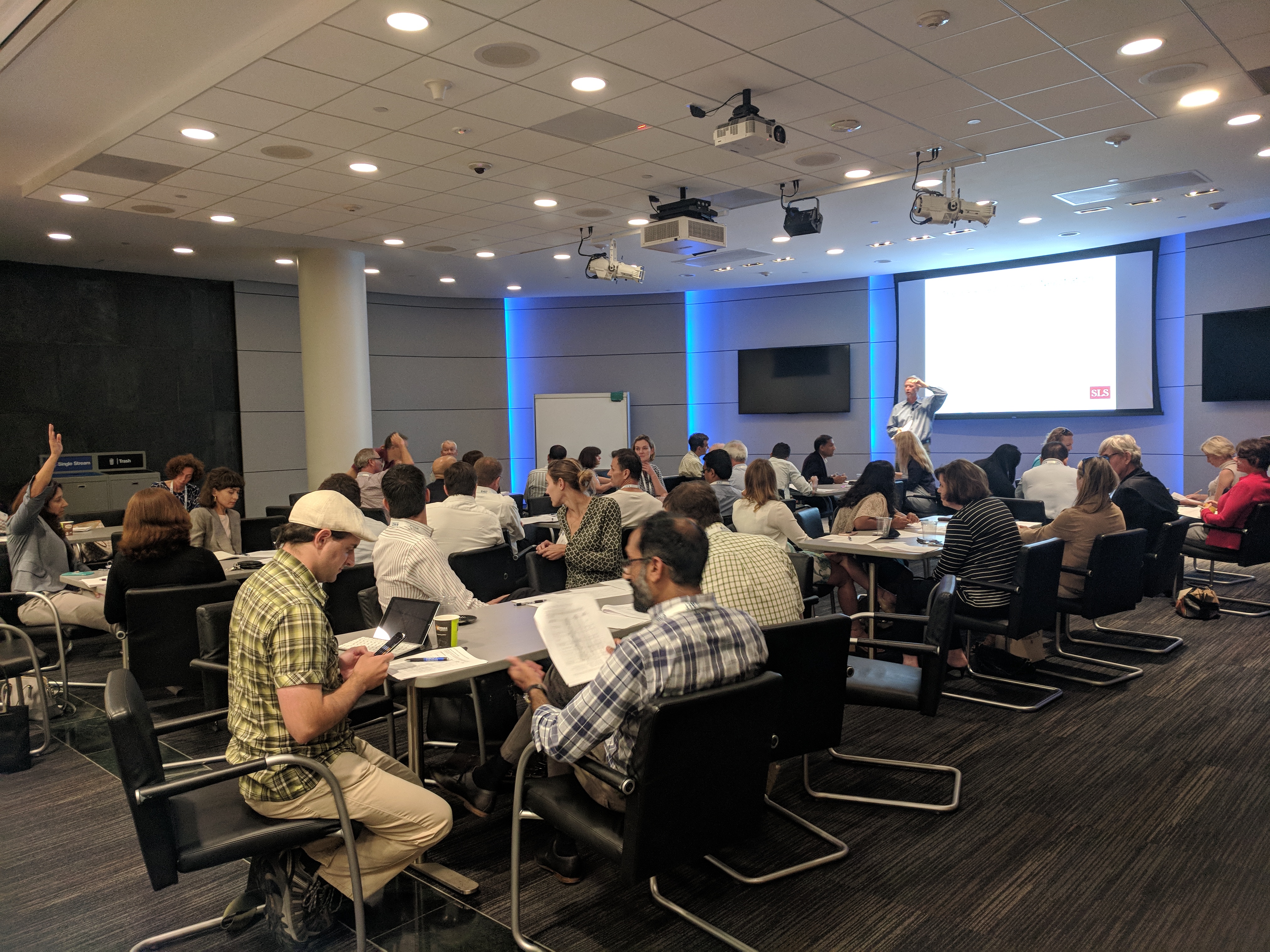 Attendees teamed up into groups of two and began playing the Ultimatum Game. Most offers were $50 or more, but there were six offers of $30 or less. One recipient rejected a $30 offer because it “didn’t seem fair” while another recipient rejected a $5 offer out of “self-respect.” The offeror of the $5 explained that for the recipient, $5 is better than $0. The professor explained this was the rational actor theory whereby if somebody’s going to give you free money, with no strings attached, the rational actor theory says to accept.

Professor Johnson explained the rational actor perspective as having a pure and objective view of the asset. They see $30 as better than $0. In fact, he’s seen people take $5 out of $100 because philosophically they feel it’s the smart, logical play, adding that they don’t have any issue with self-respect. The issue isn’t which is right or fairness. Instead, they are guided by a philosophy framed around being sensible and rational. In this regard, Professor Johnson advises getting to know your counterparty to understand what drives their decision making.

With respect to “fairness” mentioned in the Ultimatum Game, Professor Johnson said, “People will respond more favorably on the substantive result if they believe procedurally they’ve been dealt with fairly.” He explained that the objective in designing a negotiation strategy is to get the counterparty to believe they are being treated fairly. If they don’t feel it’s a fair process, they will be reticent to accept the offer. “This doesn’t mean you have to be any less competitive or compromising in your positions to give the counterparty the perception you’re being fair,” said Professor Johnson. Emphasizing that negotiation is about self-interest on both sides, he added, “Most of the time, treating the other side with respect, kindness, honesty, and transparency is in your self-interest because it increases the likelihood of favorable results. Coupled with professionalism and sharing information to the extent that it’s in your self-interest to do so goes a long way to develop trust and that gets you further to your goals.”

Professor Johnson asked us to consider if the offeror or the recipient has more power in the Ultimatum Game. On one side, the recipient controls the outcome, making the final decision of distribution, so there is some element of power or leverage. However, the offeror has the power to set the deal terms, the ultimatum, which the recipient can take or leave, which is not inconsequential. The offeror can set the offer north of $50 and force the recipient to say yes. The recipient will say yes because it’s in their self-interest to do so. Professor Johnson’s advice is to gather information to understand fully each side’s power, leverage, and weaknesses to make a better guesstimate about priorities.

In the Ultimatum Game, there is no background or context, so picking a number is basically a shot in the dark. The offeror is incented to pick the lowest number the recipient will say yes to and assess what the recipient should think is fair. Professor Johnson said, “In real negotiations, until you start asking questions to understand your counterparty, and sharing information yourself, you are basically guessing. And when you guess wrong, you get bad feelings.” The professor advises to develop a rhythm of shared information and reciprocity that leads to trust.

Back to the Balanced Concerns Negotiation Activity

We were then ready to start the balanced concerns negotiation activity. To begin, each team member had to read a case study handout specific to their role as founder or VC to learn the background and their desirable outcome for each of the eight terms. Teams were to negotiate and agree on eight substantive terms:

Each term had a set of options to choose from, associated with points that were inversely correlated for each role. Summating points for the eight terms generated a “substantive score.” Each team member would also generate a “process score” rating their counterpart on how they were treated on five attributes:

The substantive score and process score were combined into a grand total for each role reflecting the ability to negotiate favorable contract terms and the quality of the relationship. Professor Johnson walked through best practices that can help achieve this balance:

Negotiation is part of everyday life and most people have not had training in this important skill. This workshop provided a great opportunity to practice this skill using an engaging case study. In a real-world deal, you’ll likely never come to perfect agreement on all the terms. You have to work hard to create value. If you have good trust with your counterpart, you can start building a deal that has more value and Pareto optimality where both parties feel favorable about the future relationship.