Before moving into the auditorium, the attendees had the opportunity to network with old friends and newcomers while enjoying delicious snacks.

George Kenney led the entrepreneur boot camp and gave an engaging presentation on how he started out as a venture capitalist and what it takes to raise money for a new venture. George has a very interesting background. He began his career as a mechanical engineer, then worked on Wall Street, and then founded his own venture capitalist (VC) firm, Shepherd Ventures. He also runs the Entrepreneur’$ Bootcamp, a 6 to 8-week program that teaches entrepreneurs the skills necessary to raise money to launch and scale innovative businesses. 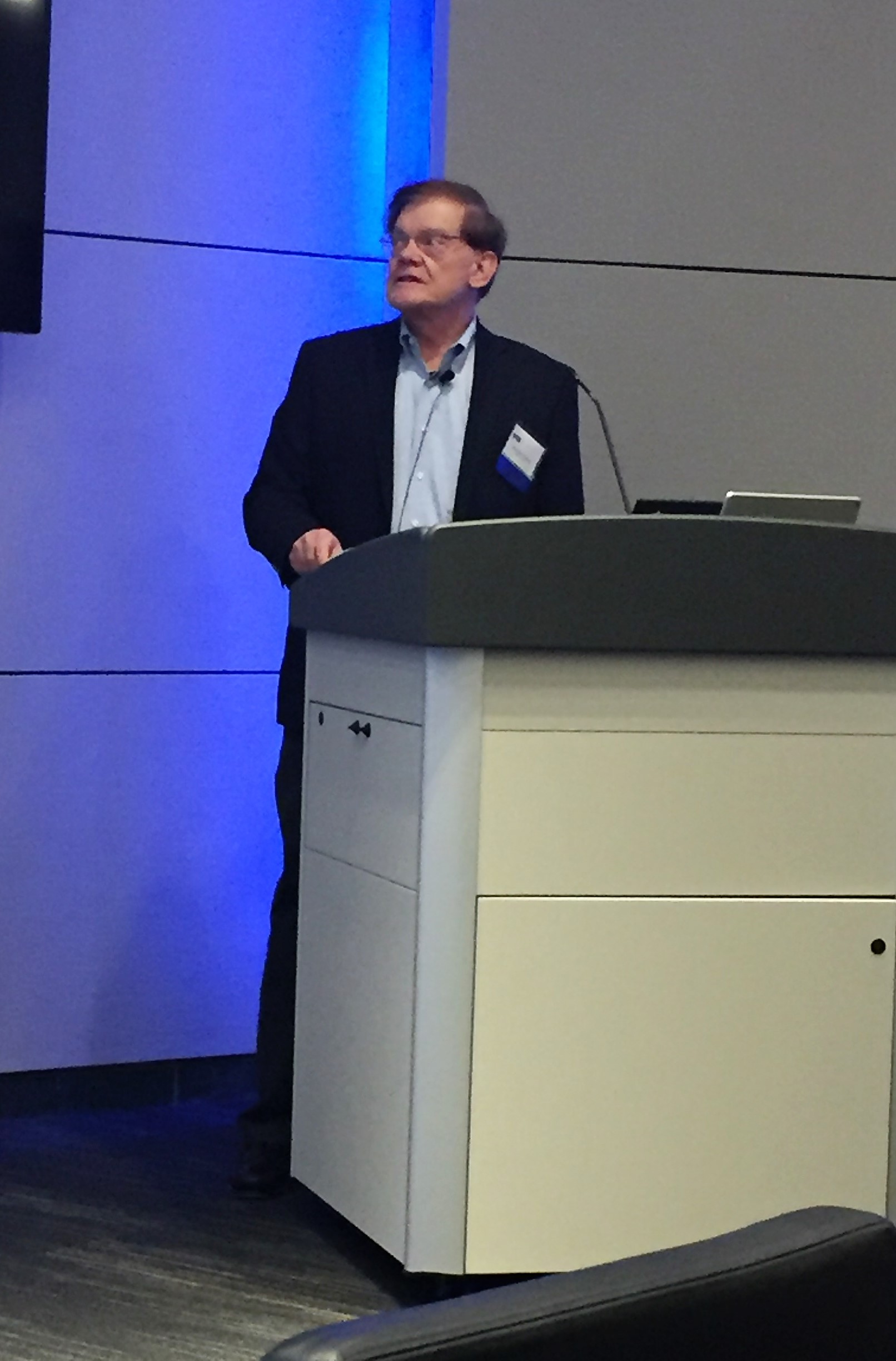 Only 1% of companies that seek VC funds get funded. Angel investors fund 2 or 3% of their applicants, but the success rate is overall very small. During a typical week, George and his partner speak with 5 companies each, and eventually invest in only one company per quarter. And most of companies that get funded fail. This low success rate underscores the importance for CEOs to develop the skills that can put them within that small percentage of successful entrepreneurs.

The first 30 seconds and 2 slides of a pitch are critical. Investors don’t care about the product. Rather, at the first meeting, they want a message that excites them. CEOs often have a message that is boring or incorrect, as it tries to sell a product that investors do not care about. Eventually, investors will be interested in the product, but, at the beginning, you don’t need to sell a product; you need to sell excitement and trust.

George used the example of the crocodile brain: CEOs usually speak with their neocortex (the thinking brain), while VCs listen with their primitive brain, the croc brain. The croc brain wants something simple and exciting, and those initial 30 seconds need to convey a very simple and exciting story. George’s rule is 3 thoughts in 12 words in 30 seconds: describe your mission, the strategy to accomplish that mission, and the tactic, like Napoleon could have done if asking for money to start a war to Rothschild in a Paris elevator. The initial pitch needs to get the investor to say: tell me more. In George’s words, that pitch needs to reach the croc brain, because it is only through the investor’s croc brain that the message can eventually arrive in the neocortex.

Trust is also a very important aspect of the investor/CEO relationship. The VC decides if somebody is trustworthy by looking at their body language: eye contact, smile, hand shake, posture. A strong family support system is very important, as well as having been in difficult situations before, as this demonstrates that you can handle stress and adversities.

George concluded his talk by describing his boot camp and what graduates of his program can expect. The majority do not get funded by Shepherd Ventures, but they acquire the skills and fortitude that often allows them to be recommended to other investors or make new connections of their own.

Finally, George recommended the books that the entrepreneurs study in his boot camp and that are great reads for everybody who wants to gain the skills to succeed as an entrepreneur and innovator.