Posted by Danielle Hayes 189sc on 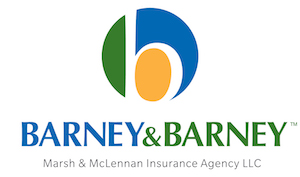 San Diego Startup week is an innovative weeklong conference that seeks to build an ecosystem of entrepreneurship in San Diego, provide resources for entrepreneurs, and amass a network of like-minded individuals to discuss common issues and share experiences. This year’s conference included a Bio/MedTech track with 15 events. I attended five of the Bio/MedTech sessions, held at the Sanford Consortium for Regenerative Medicine in La Jolla. Three of the sessions reverberated themes that included teams, partnerships, and licensing that I’ll cover in this blog.

When de Unamuno asked whether the panelists preferred having loyal or independent team members, the founders unanimously agreed that loyalty and trust are fundamental. The panelists advised working your network to get recommendations for first hires, and that while having a rock star team member was clearly beneficial, they are difficult to lure. Founding team members are either senior level and in a financially secure position to take a pay cut and try something new, or desperately in need of a job. Once you build the lab and foundational data, you can leverage these assets to attract higher quality employees and prune those that don’t fit. The panelists underscored the value of people first, referencing the adage, “It’s about the jockey, not the horse.”

Bartone said one reason startups fail is when founders try to start a company part time, in off hours, or with no full-time employees. She said it’s hard to move a company forward this way. It was echoed throughout the track that few professors make it as a CEO straight out of the lab, and are typically unsuccessful at trying to be CEO and do the science at the same time. Panelists advise professors starting companies to find a business partner and maybe a post doc to run the science. Shigeta says his accelerator, Indie.bio, won’t invest in sole founders, citing that an entrepreneur needs to be able to talk at least one other person into joining them.

Being Coachable and the Ability to Pivot

In the early days of your startup, Shigeta says it’s common that no one knows anything about you, you have no track record, and you are your only asset. Investors look for “coachable” bright people who can take advice and step away from the science and be product focused. Shigeta encourages entrepreneurs to share their vulnerabilities and be open. Connelly underscored the importance for entrepreneurs to understand their technology as a product, where it fits, how it addresses an unmet need, and how it will move the needle. Bartone added that cheaper, me too, or slightly better won’t cut it. Shigeta said the product has to be spectacular. That being said, the final product probably won’t end up how it was initially envisioned. Being able to recognize when things aren’t going right and being able to pivot is critically important. All the panelists agreed that companies typically end up pivoting and pursuing different directions, further supporting the notion that you need a good, solid team to persevere.

Partnering with VCs and Biotechs

Typical VC firms are small with about four or five people. Getting time with a decision maker is hard to do. Lichter advises finding someone in the VC’s network and convince them to make the introduction. When you see a VC at a networking event, even if you’ve met before, Shigeta says the VC likely won’t remember who you are. Always be clear on who you are and be ready to deliver your quick pitch again.

The best way to establish a biotech partnership, according to McDevitt, is to talk to the people in business development at the company. Forrest and Bartone both raised the notion that you need to do your research on what areas and types of companies VCs and biotechs are interested in partnering with and investing in. For biotechs, they advised that you do your homework to understand their therapeutic focus areas and make sure your technology applies. Reinforce how your technology plays in their picture; indicate if it’s a new direction for them, a supplement or add on to an existing area, or how it grows one of their current franchises. Position your company on the role it will play for them, and how it will contribute to their growth, so they can pitch it internally. For VCs, know how much they are looking to fund. Know how much funding you need, based on the size of your team and phase of development.

Connelly says missing a good deal is what keeps VCs up at night. They don’t have a lot of time, so prepare a one-pager that describes your mission, the problem you are addressing, your proposed solution, how it’s different, how you plan to create value, the market size and non-obvious opportunities, and brief bios on the management team. Potential partners can look at the data later if they are interested. If there is interest, you’ll likely get invited to a follow on meeting covered by a non-disclosure agreement (NDA), but don’t feel pressured to reveal proprietary data. Even the VCs don’t want to open themselves up to liability.

If the investment community says “no” Connelly advises to be sure to understand why. Understand how each VC operates and what the motivations are. From a venture fund perspective, it’s all in the timing on how much money they raised and where they are in deploying the funding. If they just raised $100 million, they may want to fund an earlier/risky stage. If they’ve already deployed it and have some left over, they may not want to come in early and stay in the game long term. They may not have the money or buy in from their partners at that time. You may have to come back when the timing and funding is better, or when you have more data. But don’t stalk.

When it comes to universities and research institutions out-licensing technology Forrest and Roben said their strategy was to ensure their technology can succeed. Institutions wanting to safeguard their technology is the focus of the licensors’ program, not a small part that can be shelved or thrown away. They want to license to the partner “who’s going to love their baby the most.” The universities and research institutions are looking to partner with a team that has a plan, commitment and passion, and can execute. Forrest says it takes about 30 seconds to determine if the person is serious, experienced, and has a plan to take the IP forward.

Zimmerman noted that startups interested in licensing a technology typically want to test it out and see if it has legs, but can’t pay a lot of money for it, and investors aren’t interested in giving 5% to the university. To address this conundrum, he drafted up a letter of intent to obtain exclusive access to the university’s technology for 12 months. Zimmerman used the letter of intent as a tool to raise the seed round, which ultimately was used to pay the license fee, without giving away part of the company.

Finally, identifying the IP you want to license is not an exercise in simply reviewing a catalog of what’s available. Forrest said entrepreneurs need to either already know the professor behind the patent or be familiar with the area and understand its impact.

Lichter said to plan for things not to go right, and that 95% of things we start will fail in this industry. Shigeta says that while you most likely will lose all of the investment, lose it responsibly and not painfully. Hitchcock said there will be anxiety starting a company, there’s no other way around it. The best way to diffuse stress, Mullen advised, is through talking about issues with the team. Laikind suggested that if an entrepreneur needs a support group, maybe that entrepreneur is not up for the task. Fortunately, there are conferences like San Diego Startup Week, organizations (SDEE, CONNECT and Biocom) and incubators/accelerators (JLABs, Indie.bio and Lichter’s COI Pharmaceuticals) to help entrepreneurs network, meet advisors, and establish a network of support to tap into along the way.

If you would like the world  to hear about what you are doing with your company or just want to practice you pitch in front of an audience, this is the time for you.

We ask that presenters' topics be of interest to our members.  Please provide your information to sign up for 30-sec pitch.  Our pitch coordinator will contact you with further information.